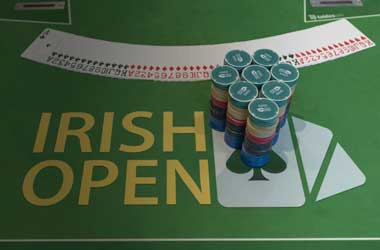 PokerStars and Paddy Power, both owned by Flutter Entertainment, will work together as sponsors of the 2023 Irish Poker Open.

Under the sponsorship deal, the two sites will host online satellites to the festival’s flagship tournament, the €1,050 buy-in Irish Open Main Event which features a massive guarantee of €1 million. The series kicks off on April 3 and runs through April 10, 2023, at the RDS Ballsbridge in Dublin.

The series culminates in the €1,150 Irish Open Main Event which gets underway on April 5. The tournament has four starting flights running from April 5-7, with Day 2 and Day 3 scheduled for April 8 & 9. The finale takes place on April 10. The tournament was last won by Steve O’Dwyer in 2022 for €318,700.

PokerStars will also be running an online edition of the 2023 Irish Poker Open, the schedule of which will be released in the coming months.

Irish Poker Open is Europe‘s longest-running poker festival which has grown bigger and stronger with each passing year. The 2023 edition could turn out to be a historic one as the festival is likely to attract record fields now that PokerStars and Paddy Power are joining in as the festival’s online partners. The participation of PokerStars in particular will send players from overseas and all over the globe to the Irish capital for the prestigious tournament.

JP McCann and Paul O’Reilly, CEOs of the Irish Poker Open, said they’re proud to announce PokerStars and Paddy Power as the official sponsors of the upcoming festival, adding that the sponsorship deal “aligns perfectly” with their vision for growth for the longest-running festival in Europe.