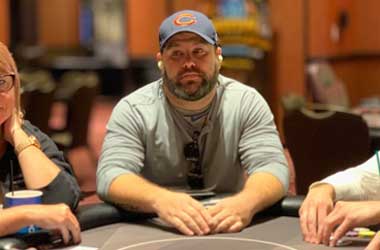 Dan Bekavac, the founder of the Midway Poker Tour is facing a lot more trouble. It has now emerged that Bekavac forced participants in the event to join the free-to-play app PokerBROS using his affiliate club code.

The players claimed they had not been informed beforehand that they’d be required to register with the app before they could take part in the event.

They had only been told upon their arrival at the venue.

As soon as the allegations surfaced, PokerBROS released a statement, denying any connection to the Midway Poker Tour, saying they did not endorse or promote the event and did not have prior knowledge of it. Management also said they did not authorize Bekavac or the Midway Club to use the PokerBROS’ trademarked name and logo. Bekavac and his club have since been banned from the platform.

The issue about the distribution of payouts to players has continued, with some claiming they have yet to receive the full amount of their winnings. The Midway Poker Tour ran in partnership with the 4 KIDS Sake, Inc, a charity supporting children in Northern Illinois and the Chicagoland area.

Because of its charity connection, the event needed to comply with the Illinois Charitable Gaming Acts and regulations, which prohibit players from receiving more than $500 in cash payout on top of their initial buy-in, meaning the tour could only pay $1,600 in cash, with the remaining amount awarded in the form of precious metals.

The original plan was to have a dealer on site to buy the metal, which would then be reused for the next player to cash out. The idea did not get approval from the Illinois’ Attorney General’s office, and therefore organizers had to make last-minute changes which all resulted in disaster.

Was It A Scam?

As it turned out, organizers made false assurances claiming there was a dealer off site ready to buy the silver coins. However till now, players have struggled to find a trader that would convert the metals to cash. To make matters worse, the coins were overvalued, so even if the players did convert them to cash, they would get less than the actual amount of their respective payouts.

It has also emerged it’s not the first time Bekavac has been implicated in dubious activities. There were reports he also faced charges for counterfeiting card games in a separate incident. All of this makes us wonder if the Midway Poker Tour was a scam from the start. One thing is certain, there isn’t going to be another edition of the Midway Poker Tour anytime soon.