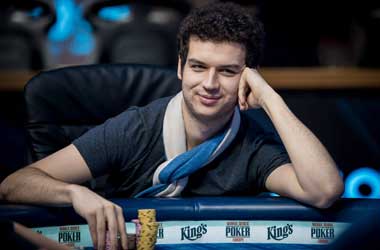 The WPT Online Series is currently in full flight on partypoker and is getting a lot of attention from the global poker community.

One of the most popular events of the series was the $25,500 Super High Roller which guaranteed the winner a high six figure payout.

The series drew a number of notable names who put up the $25,500 for a chance of winning a big payout. When it was all said and done, Michael Addamo took the first place and a cool $363,661 in winnings.

Michael Addamo is no stranger to the poker community as he is ranked number 3 on Australia’s All Time Money list (21/05/2021) with over $8 million in prize money. He made a name for himself at the live poker tables but with the COVID-19 pandemic shutting down the live poker scene, Addamo has continued to have a good run playing online poker.

Addamo had success earlier this week when he won the WPT High Roller Turbo event and pocketed $87,459. He also took third place at the $10,300 WPT High Roller and pocketed $116,183. He has now boosted his overall winnings at the WPT Online Series to over $560,000 in prize money. Addamo’s success at the virtual felts is further proof that you can take your live poker skills and use it effectively at online poker tournaments.

However, it was Russian poker pro Artur Martirosian that threatened to take the first spot as when the final table played down to two, it was Addamo against Martirosian. It did not take long for a winner to emerge as the entire final table played out in less than two hours. Martirosian came out on the short end and had to be content with second place and a payout of $223,350.

The WPT Online Series started on May 6 and will continue to 26 May on partypoker.