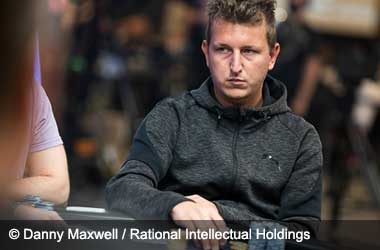 The 2022 PokerStars European Poker Tour (EPT) Main Event in Barcelona finally came to a close and once again, the tournament set a new record after pulling in a total of 2,294 entries. In the end, it was Giuliano Bendinelli who would go down in history as the winner of the biggest-ever EPT Main Event.

The Italian poker pro agreed to a heads-up deal with France’s Jimmy Guerrero that guaranteed each of them seven-figure payouts. They left €68,653 in cash and the title to play for which all went to Bendinelli. Overall, he won €1,422,480 for his impressive run.

The Pokerstars tournament attracted participants from 78 different countries to generate €11,125,900 in total prize money. The field whittled down to just six players when the final action took place and Bendinelli almost lost his chance in the tournament after he was left with just over one big blind during the early stages of the game. The 31-year-old managed to recover and ultimately navigated his way to victory.

Bendinelli is no stranger to the EPT as he has been taking part in various EPT tournaments, including the Main Event, for over a decade. But he never reached the final table in all of them. Before winning this year’s EPT Main Event in Barcelona, his largest cash was €100,000 which he won at the 2013 EPT Monte Carlo.

Bendinelli just couldn’t find the words when asked for a reaction to his victory. Winning the tournament was beyond his imagination and he simply couldn’t believe he was able to survive that one-big-blind struggle. He said it all boiled down to a combination of skill and luck. He thanked all of those who supported him along the way. He dedicates his win to his dad.

Bendinelli is just the third player from Italy to win an EPT Main Event. The other two were Antonio Bounanno and Salvatore Bonavena who won the 2014 EPT Monte Carlo and the 2008 EPT Prague respectively.