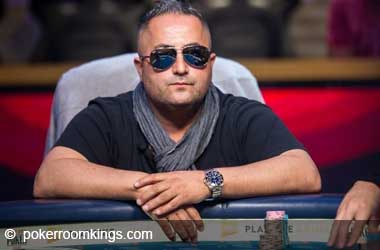 Tooran defeated a field of 111 entries and outclassed American player Thai Ha to take home the top prize worth €740,996, his largest cash to date. Tooran now joins Alex Epstein as the only two players who have won a Short Deck tournament in the history of the WSOP.

Epstein captured his short deck win during the 50th edition of the WSOP festival this summer in Vegas, where Ha also finished as runner-up.

The final table was filled with some of the best high stakes poker pros in the world. The final day saw the top 7 players battle it out and American poker pro Jonathan Depa was the first to be eliminated in seventh place for €88,861. Dusk Till Dawn owner Rob Yong took the sixth spot for €120,946 while Switzerland’s Besim Hot who won €166,258 for his fifth place finish.

Israel’s Netanel Amedi had a good run at the table and bluffed Tooran in a smooth play. He finished in finished fourth and took home €230,807. High-stakes pro Turkey’s Orpen Kisacikoglu finished third for €323,553, despite starting the day as the chip leader.

The final battle came down to Thai Ha and Tooran and it was Ha who was leading the game 2-1 when the heads-up play started. But Tooran managed to turn things around and ultimately took the top spot. Ha earned €457,964 for finishing second.

Tooran is an experienced poker pro having played the game for 15 years. However, the Short Deck variant is quite new to him. In fact, it was the first time that the Iranian native competed in the stripped-down deck version of the popular Texas Hold’em. But things went well for Tooran as he was able to learn quickly. His strategy was simply to blend everything out and focus on his game.

Apart from a key battle against Phil Ivey at one point in the game, Tooran never really encountered any other serious challenges as he cruised smoothly to victory. When asked about his future plans, Tooran said for now he just wants to take a short break and celebrate with family and friends. He is considering taking a shot at the €10,350 Main Event to see if he can pull off another big win!