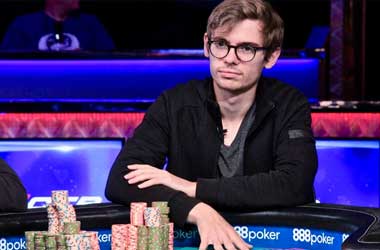 Fedor Holz has added another feather in his short but illustrious poker career.

The German poker star triumphed in Event #79: $25,000 Heads Up No-Limit Hold’em during the 2020 World Series of Poker online festival on GGPoker, walking away with a massive $1,077,025 in top prize and his second WSOP gold bracelet.

The “People’s Choice” event attracted a field of 127 entries, made up of some of the world’s top poker pros.

Holz reached the finals by outclassing a number of big names along the way, including George Wolff, Luc Greenwood, Robert Flink, Anton Morgenstern and Justin Bonomo, former All-Time Money List leader. The final battle between the four remaining players was originally scheduled to take place on September 1, but it was moved to September 6.

The final action involved two matches, Holz taking on Spanish poker pro Sergi Reixach on one half of the bracket; Turkey’s Oktay Kahyaoglu competing against Brazilian poker player Brunno Botteon on the other side. Holz got ahead of Reixach when he flopped a set of fives against the Spanish pro’s pocket aces.

While the river quite slowed down the action, Holz still managed to pull off a 3:2 lead and held on to it till the end. The German high-stakes turned a flush and shoved all in on the river. Reixach called in what would become the final hand of the match. He won $311,150 for reaching the final four.

Botteon, who won against Kahyaolgu in the upper half of the bracket, faced Holz in a fairly quick final battle. During the first level, Holz immediately gained a 3:1 lead, with Botteon’s stack quickly halved. Both players battled in an eight-five-four flop. With nine on the turn and four on the river, Holz secured the title, another addition to his already excellent poker resume. Botteon received $622,300 as runner-up.

More To Come For Holz

Holz currently sits at No.8 on Hendon Mob’s all-time money list, but with his latest victory, it’s only a matter of time before he takes over the No.7 spot, which is presently occupied by David Peters, who also had a successful run in the 2020 WSOP Online series, having won the $10,000 edition of the heads-up event to take home his second bracelet.

Holz also moves to No. 8 in the WSOP career earnings rankings, winning nearly $13 million from WSOP events alone. His latest win is his eighth seven–figure score, and given the fact that he is just 27, we can expect to see him achieve much more in future tournaments.