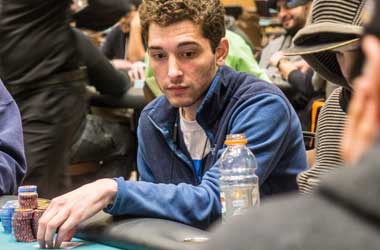 The inaugural stop attracted a massive turnout of 862 entries, a new record for the state, and when the dust settled it was Indiana’s Daniel Sepiol who emerged as the biggest winner, taking home $162,750 in top prize.

Sepiol’s MSPT victory is the biggest score of his career thus far, eclipsing a previous high of $52,000 which he won back in 2017.

The 27-year-old is no stranger to the MSPT, having cashed on the same tour four times before finally winning the title.

Sepiol managed to enter the final table after battling it out with some of the big names in the tour, such as Byron Ziebell and Phil Mader, both of whom eventually fell on the wayside.

Sepiol began building his stack early at the final table, winning a key flip against Lester Crew with Big Slick versus pocket eights. Crew, who entered the final table third in chips, ultimately finished 9th for $15,024. Next to hit the rail was Andy Rogowski in 8th place $19,197 followed by Austin Hohenadel in 7th place $24,205.

With just six players remaining, Jovan Sudar eliminated prominent poker pro Nick Pupillo who finished 6th for $31,716. It was Pupillo’s seventh final table on the tour. Renato Spahiu followed him to the payout desk, collecting $41,732 for his 5th place finish.

Sudar who almost climbed to the top of the chip counts after busting Pupillo, saw his stack dwindle down quickly after handing out doubles to Jason Crews and Kyna England. He was unable to recover from there, and he eventually ended his bid in 4th place for $55,086. England subsequently bowed out of the game after losing a key spot to Sepiol. She earned $73,782 for finishing 3rd.

During his post-win interview, Sepiol admitted luck was on his side throughout that day, helping him capture his first-ever MSPT title. Sepiol’s latest victory is a massive boost for him, as he eyes to take part in more live events in the future. The Indiana native’s next target is the upcoming World Poker Tour event in Florida.