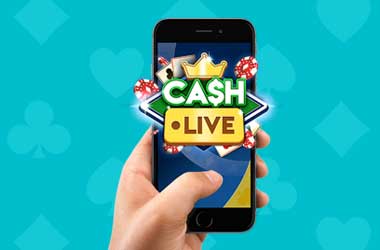 Imagine playing poker in game-show style, with the chance to be part of a star-studded virtual table. There’s no buy-in required, but you can take home some real cash. Well, a newly-launched poker app makes all of that possible, offering poker players and fans like you a brand-new way to play and enjoy the game.

Cash Live is the brainchild of Matt Jarvis, a retired poker pro known for his November Nine final table appearance during the 2010 World Series of Poker (WSOP) Main Event. The idea behind the app was inspired by Jarvis’ final hand in the same tournament, which is considered among the most unforgettable hands in the history of the WSOP.

Jarvis busted in 8th place after his full house eventually lost to Michael Mizrachi‘s higher rivered full house. Jarvis fell short of winning his first gold bracelet that year, but that performance gave him $1,045,743, the largest cash of his career. He was able to redeem himself just a year later when he triumphed in a $5K No-Limit Hold’em tournament at the 2011 WSOP to claim his one and only bracelet.

Jarvis’ main goal of creating the Cash Live Poker app is to recreate the thrill and excitement surrounding his infamous final hand at the 2010 WSOP Main Event. The app allows players to enter live-streamed tournaments for free, with the opportunity to win real money cash prizes. With live dealers hosting the action, players feel like they’re competing in an actual televised final table.

The tournaments are fast-paced, with players only being given two options – all-in or fold – on their way to the five-handed final table. Each day, there are two free tournaments running, starting at 6 pm and 9 pm ET.

Some of the biggest names in the world of poker are already recognizing the potential of the app, so much that they have become investors, such as Phil Hellmuth, Joey Ingram, Kevin Martin and Dan “Jungleman” Cates. And guess what, you might just get the chance to share the virtual table with these elite players!

Ingram himself is currently enjoying the app, saying it’s not like any other mobile poker app available in the market today. The unique all-in or fold format makes for a super intense and super fun play, which replicates a real-life tournament, according to Ingram.

Jarvis said the app is designed for everyone, poker pros, amateurs, and beginners alike.

If you want to try out the new app, it’s currently available at the Apple App Store. Android users may soon download the app once it hits the Google Play store.