Brazilian Poker Players On The Rise With Sponsorship Deals

Brazilian Poker Players On The Rise With Sponsorship Deals 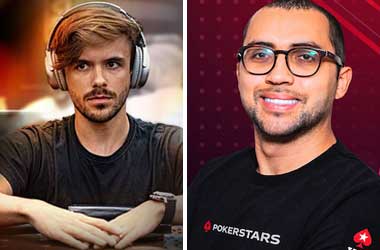 Millions of poker players all over the world have similar dreams when it comes to making it big in the poker world. Those dreams consist of winning the World Series of Poker (WSOP) Main Event, winning a poker tournament and receiving a life changing sum of money and getting sponsored by a big poker brand.

The GG WSOP Online Bracelet series was a great example of this as poker players from around the world took part but it was the Brazilians that dominated the series. They topped the list by winning the most number of gold bracelets and also recorded the highest number of first to third place finishes across the majority of events as the WSOP Online Bracelet series is yet to conclude.

PokerStars and partypoker are looking to make inroads into Brazil and the rest of Latin America. The two poker operators signed two of the top Brazilian players earlier this month. PokerStars signed Rafael Moraes while partypoker has added Yuri Martins Dzivielevski to its list of Brazilian ambassadors which include Day Kotoviezy and Joao Simao.

Rafael Moraes has over $6 million in online poker earnings and another $1.6 million in live poker winnings. He is ranked 6th on Brazil’s all-time money list and is widely respected throughout Brazil. He is married to Laurie “LaliTournier” Tournier who ended up winning her first WCOOP title a day after PokerStars announced Moraes as their latest brand ambassador.

partypoker signed Dzivielevski who is ranked number one on the Pocket Fives list has over $14 million in career prize money. He has a good relationship with both Day Kotoviezy and Joao Simao and says he is looking forward to representing the brand in future events.

Dzivielevski addressed the growing popularity and success of Brazilian poker players and said more players from Brazil will start to come through the ranks as online poker continuous to expand in the country.