888poker is starting 2023 off on a strong note by launching its ‘The Wizard’s Spell’ promotion.

This special promotion is set to give away a total of $300,000 in prizes via freerolls and will run till 23 April. This promotion will be open to all players and across all poker variants to enable as many players as possible to win a portion of the $300,000 in prizes.

The $300K in prizes will be distributed across daily, weekly and monthly freerolls during the promo period. The freerolls are already underway at 888poker.com and you will have to enter the following freerolls to be eligible for this promotion.

Which Freeroll Is The Right One For You?

The answer to this depends on a few conditions which includes how good of a poker player are you and what kind of bankroll do you currently have? The $300 daily freeroll is the easiest way forward as players only need to finish one of the Wizard’s challenges to claim one entry.

The challenges are not very difficult and include tasks like betting $2 on the sportsbook or any online casino game, taking part in a BLAST tournament or winning a single cash game with AK.

The weekly freeroll is a bigger challenge and players will have to win a total of 9 challenges posed by the Wizard in just 7 days to gain an entry. The challenge is harder but the rewards are more appealing as the top 5 players also get to claim mystery prizes which include unique bonuses, gifts and live tournament packages.

The final monthly freeroll will see players get a crack at a $60,000 prize pool but they will have to win 5 or more tournaments, 100 cash game hands or eliminate 10 players from a KO tournament. 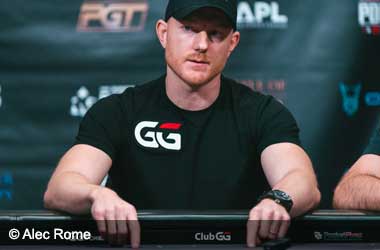