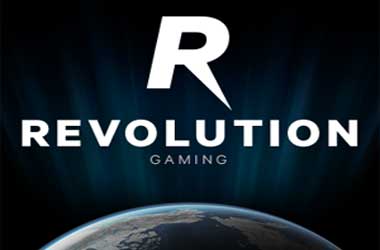 The Revolution Gaming Network went live as of June 1st, 2013. Lock was confident about this move as management claimed that Lock’s players were responsible for 40% or more of Merge’s player traffic. This, along with Cake’s smaller player base would immediately elevate Revolution Gaming to a top online poker room in the US poker market.Revolution Gaming and Lock Poker are starting things off with a bang with a $1 million dollar Rake Chase, and a long list of big multi-table tournaments. They are also offering players a massive 200% deposit bonus up to $4,000. Also, rakeback rewards will be increased to 36% on Revolution.Early traffic numbers show Revolution and Merge neck and neck with player traffic, with Revolution becoming a real threat to their US online poker crown.

Revolution Gaming uses the old Cake network software currently, but several sources indicate that the network is planning an upgrade or an entirely new client. The transition so far has been relatively pain-free, as Lock Poker players are now fully transferred from Merge to Revolution Gaming.

When Lock acquired Cake, they also brought their nearly 60 network skins on board as well. Most of the skins will still operate as is, offer their own bonuses, and most will keep their own cashier system. This is a solid bet as Intertops Poker, now a Revolution skin, has some of the fastest payouts available for US poker players. This gives Revolution a slight upper hand on the Merge Network, as payouts should be quicker. Also, it gives former Cake players a chance to see their funds much faster. Cake’s checks before this move were taking a horrible three to five months to reach players. Cash Transfer is also available at Lock and many other Revolution sites, a payout method that Merge Gaming rarely offers to players. This method, has expensive fees, but will get funds to players as quick as 24 hours.

The Merge Network was probably not too happy losing almost half their player base overnight. The Network is now reinstating rakeback for the foreseeable future, and will allow existing players the ability to switch VIP accounts to rakeback accounts. The maximum rakeback currently allowed by network rules is 35%. Players at higher VIP levels may be getting a better rate than current rakeback offers, so it is crucial to be aware of their rewards and VIP levels before making the switch.Merge is also unveiling their long awaited 6.0 software update sometime in June. The new software has been largely hyped, and sites have already been given a preview. The software provides new, advanced lobby filters, a new tournament lobby and a host of other new features. It looks as if Merge will hope their new software will encourage players to stick around as Revolution Gaming attempts to take their market share.

What This Means for Players

This can only be a good thing for US facing poker players. Competition brings out the best for the consumer, and the players will be the ones benefitting from this new battle for market share. Already, we’ve seen Merge reoffer rakeback, and Lock kicking off Revolution with a giant rake race, and an up to $4k deposit bonus.Players will also get another network to play on increasing game selection, and hopefully improved payout times and customer support. Finally, it looks like some good news for US online poker players.