WSOP PA To Award Tickets to 2022 WSOP Via “WINter Wonderland”

WSOP PA To Award Tickets to 2022 WSOP Via “WINter Wonderland” 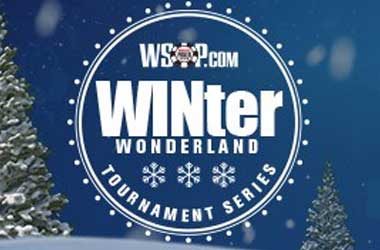 WSOP PA is set to host a new tournament series in the Keystone State, with more than $300,000 in guarantees up for grabs.

Dubbed “WINter Wonderland“, the festival will kick off on December 5 and will award tickets to the 2022 WSOP!

The upcoming series features a total of 17 events, with one event running daily for 17 days until December 21. Players can choose from multiple variants and formats, including PKO, Deepstack, freezeout, as well as 6- and 8-handed tournaments. The entry fees are affordable, ranging from $55 to $215.

WSOP.com is expected to host a similar series for players in New Jersey and Nevada, though there’s no official announcement yet as of this writing.

2022 WSOP Tickets Up for Grabs

Poker players in Pennsylvania become the first people to be given the chance to win a seat to the 2022 World Series of Poker (WSOP) Main Event. That’s because WINter Wonderland will be giving away tickets to the 53rd WSOP which will return to its usual summer schedule next year. The festival will take place from May 31 to July 19 at its new home – Bally’s and Paris on The Strip.

Apart from the $300K in guarantees on offer at WINter Wonderland, PA players will also compete for $15,000 worth of extra prizes, including tickets to the 2022 WSOP Main Event. They will automatically earn an entry into the 2022 WSOP Main Event freeroll by participating in at least 5 events on the WINter Wonderland schedule. The freeroll will take place on December 27.

The upcoming WINter Wonderland is the latest tournament series to be hosted by WSOP PA since launching in the Keystone State back in July. Just last month, it also ran the Signature Series which featured almost 40 events and more than $500,000 in guaranteed prize pool. With the addition of WINter Wonderland, WSOP.com has so far hosted six non-bracelet tournament series in Pennsylvania in just five months.

Pennsylvania has a population of around 13 million, the fifth most populous state in the US. Its online poker market has shown huge potential, generating increasing revenue since it opened two years ago. This explains WSOP.com’s determination to grab the biggest market share in the state, which is currently held by major rival PokerStars.