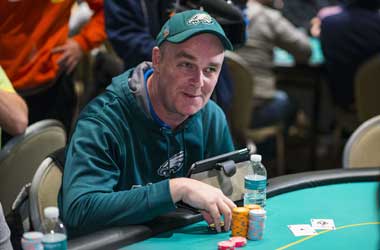 The Global Casino Championship finally came to an end on September 13, wrapping up the 2019/20 World Series of Poker (WSOP) Circuit Season. The $1 million-guaranteed event was moved online to WSOP.com, and when everything was said and done it was Andrew “RandyLerch” Kelsall who walked away with the $275,632 top prize.

Kelsall, who already has three Circuit rings to his name, topped a field of 130 entries to capture his maiden gold bracelet. It was a dream come true for the Downington, PA native who has devoted a major part of his career to chasing poker’s most-coveted trinket.

The Global Casino Championship is an invite-only event participated in by any player who won the Main Event or was declared as Casino Champ for each Circuit stop during the season. Those who made it to the top 100 of the 2019 WSOP Player of the Year race, as well as any ring winner from the 2019/20 season were also allowed to take part via a $10,000 direct buy-in. All in all, this year’s event generated $1,070,000 in total prize pool.

Of the 130-entry field, only 20 players walked away with some cash, with a number of big names falling short of finishing in the money, including Twitch streamer Melisa “MellieScoops” Singh, six-time ring winner Roland “prngls12” Israelashvili and Maurice “BUPPIE” Hawkins, WSOP Circuit’s all-time ring leader.

It wasn’t a smooth journey for Kelsall though, as he also became the short stack after Michael “miw210x” Wang hit the rail in fourth place ($87,098). The eventual winner managed to turn things to his advantage, and not long after he finished off Brad “bd3303” Albrinck with pocket fours against ace-jack, the latter ending his bid in third place with $120,161 in winnings.

Andrew Kelsall was leading 2:1 when he entered heads-up play against Michael “annie_r_u_ok” Trivett. The WSOPC Planet Hollywood Main Event winner grabbed the lead after scoring a double, but Kelsall retaliated and also doubled through his opponent to get back to the top. He never looked back from there and sealed his victory after turning a wheel against Trivett’s flopped bottom two pair. Trivett took home $170,344 for finishing as runner-up.