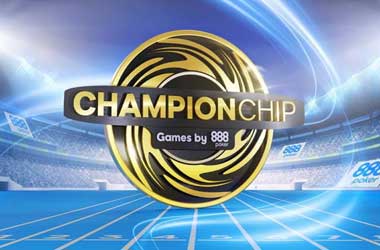 An online series designed for low-stakes players will take place this August on 888poker. The “ChampionChip Games Series” features 24 events, running from August 8-15, with a combined guaranteed prize pool of more than $700,000.

ChampionChip, which has an average entry fee of only $15, will be a fresh option for players this August, a month filled with mostly high buy-in tournaments, such as PokerStars’ World Championship of Online Poker (WCOOP), and the international leg of the World Series of Poker (WSOP) Online Bracelet Series.

888poker’s ChampionChip series is perfect for small-stakes grinders and those who are just starting out with a meager bankroll. Buy-ins start at $2.20, with the highest being $55. There’s $735,500 in total guarantees on offer across 24 events, and players will compete for an average guarantee of $30,646 per tournament.

Total buy-ins for the entire series amount to $354, meaning there’s nearly $1,300 in guaranteed value for every dollar of buy-in paid throughout the festival.

ChampionChip is headlined by the Main Event which guarantees a massive $500,000 for a buy-in of only $50. To meet the target, the tournament needs to attract over 10,000 entries, but that’s achievable with multiple starting flights running throughout the week-long series. Day 1 survivors will combine on Day 2 scheduled for August 16 during which a winner will be crowned.

ChampionChip was first held in 2016 just in time for that year’s Summer Olympics. 888poker created the series to counter PokerStars’ MicroMillions. The inaugural festival featured 18 Olympic-themed tournaments, also running on the same month. The concept is pretty much the same this year, considering that the Tokyo Olympics is also ongoing. But this time around, the series carries a much bigger guarantee compared to the $175,000 offered in 2016.

888poker hosted a similar series in the three years that followed (2017, 2018, 2019), but took a break in 2020. Now it’s finally back and players will again have the opportunity to compete for decent prizes with just tiny investments.
You may check out the full schedule of the 2021 ChampionChip Games series on the 888poker website.

PokerStars’ Half Price Sunday Gets Positive Response In The US

PokerStars Banking On “MicroMillions” To Stay Ahead ...