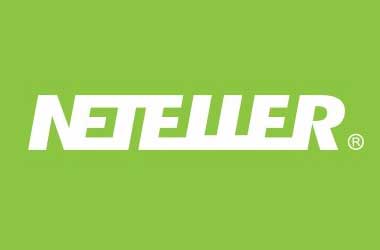 NETeller is a company that operates primarily online that acts as a bridge between online merchant like online poker sites, and the customers (or in this case poker players) of those merchants. NETeller, which was founded in Canada in 1999, is a subsidiary of Optimal Payments PLC, which used to operate under the name Neovia Financial PLC. NETeller is an online payment processor, like the other companies you see listed under this paragraph.The company is based in the Isle of Man, and is licensed and regulated by the Government of the United Kingdom. NETeller is available in more than 180 countries around the world.

To use NETeller as a way to deposit, and withdraw funds from your online poker account, and have the ability to withdraw that money using the NETeller MasterCard, or send that money straight to your bank account, you’ll first have to set up a NETeller account.

The verification process at NETeller can take a couple of days, depending on the speed in which NETeller sends the deposits, and the time it takes your bank to post them to your account.

NETeller features three different and very useful products for online poker players to use when making deposits to poker sites like Bet356 Poker.

The first of these three products is the NETeller eWallet. An eWallet is basically an online bank account that stores your cash, kind of like your checking account, only there are no checks involved. PayPal is another online eWallet, as is MoneyBookers. The most common use for the poker players when it comes to eWallet usage is to withdraw the money they win at online poker sites into their eWallet account. So in this case, the poker site would send the money you cash-out into your NETeller account. In most cases, this is a pretty instant process. However, there are sites that wait a week to even begin processing your cash-out request in case you ‘want’ to change your mind. Read our poker reviews to learn the various cash-out times for each payment method at each poker site.NETeller eWallet’s can be accessed in more than 180 countries around the world. Players can send money to and from online gambling entities from within their eWallet. They can also use the service to send money back and forth from playerto player.

One of the most popular services NETeller offers is InstaDebit or InstaCash which allows poker players to instantaneously withdraw funds from their NETeller account, or even from their bank account using NETeller, and have those funds credited to their online poker account. Imagine yourself playing at 888 Poker, while you’re watching a higher stakes table, when you see someone who is obviously drunk, or at least someone that can hopefully use that excuse for the poor way they’re playing, at a higher stakes table.You have the ability to play at that table, at those stakes, but you don’t have the bankroll at the particular poker site to sustain. If you were using NETeller, within a few seconds, literally, you could be funded up, healthy, and ready to grind.That feature is provided by NETeller, and costs the player zero. That means that there’s zero negative impact on the players ROI.

When NETeller was available in the United States, it was treasured; however, the United States shut it down following the passage of the UIGEA. Actually, the United States did more than ‘shut it down’. In 2007 the United States Federal Government seized upwards of $55 million of NETeller client’s funds. In fact, to the company’s credit, reports say they fought (negotiated) with the United States Federal Government, until the government finally unfroze their patron’s money, and then the company paid out more than $70 million to reimburse these account holders. If that doesn’t say the company is reputable, and perhaps that the country is crooked, I don’t know what does.In the coming months, online poker sites, and payment processors would learn quickly that there were other banks in the world, and would begin moving all business out America, a loss for America in the opinion of many a business man.